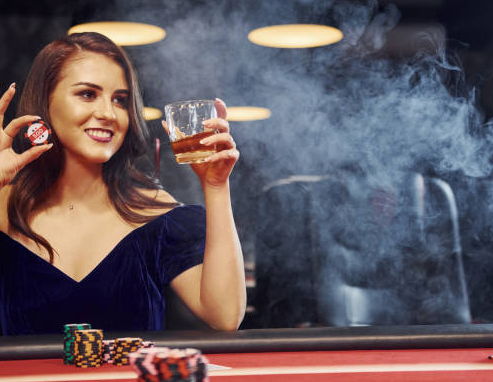 In New Jersey, the Atlantic City casinos have long been the last bastion for the smokers. Despite the state-wide smoking ban, the casinos remain the only workplace where smoking is allowed, albeit only 25% of the gambling floor is dedicated to those who wish to light up while playing their favorite casino games.

And even though legislation has been stalled at the state senate for quite a while, renewed calls for the complete smoking ban at the Atlantic City casinos have been picked up by the employees who wish to avoid inhaling the smoke from the patrons they serve.

A complete ban of indoor smoking at the NJ casinos, however, is vehemently opposed by the casinos themselves, which fear the loss of customers, should they completely “kick the habit” out of the casino floor. According to some executives, more than three quarters of the gamblers who smoke would stop patronizing the casinos should smoking become a thing of the past. And while some of those players may move to the online casino versions, not all Atlantic City casinos will be able to cash in on those players, not to mention the higher taxes the online versions of the casinos are required to pay in New Jersey eating into the profits of the gambling halls.

In order to come to some agreement, the latest solution being floated by the casino workers, and looked into by the legislature, is the creating of “outdoor” gambling areas, where smoking will be permitted. Those areas would be staffed by employees willing to work in those conditions, while allowing the remaining employees to avoid the second hand smoke. Another alternative is to forgo the live tables altogether, nixing the need of employees to work in those areas.

The big question is still execution of such an idea. While the casinos in Las Vegas have long offered outdoor gaming – outside the gambling hall, at the pools, on patios, the climate in Atlantic City would hardly be conductive to such solution, at least throughout most of the year. The casinos in some cold states, such as Maryland and Ohio, have created “outdoor” gambling areas, although in essence those buildings equate to large areas separated from the main casino floor, but still with walls and roof, albeit better ventilation and air circulation from the outside.

The Casino Association of New Jersey, however, continues to oppose a smoking ban, saying it would lead to lower earnings and fewer jobs. And that the price tag for creating outdoor gambling areas is too high for the casinos to bare.