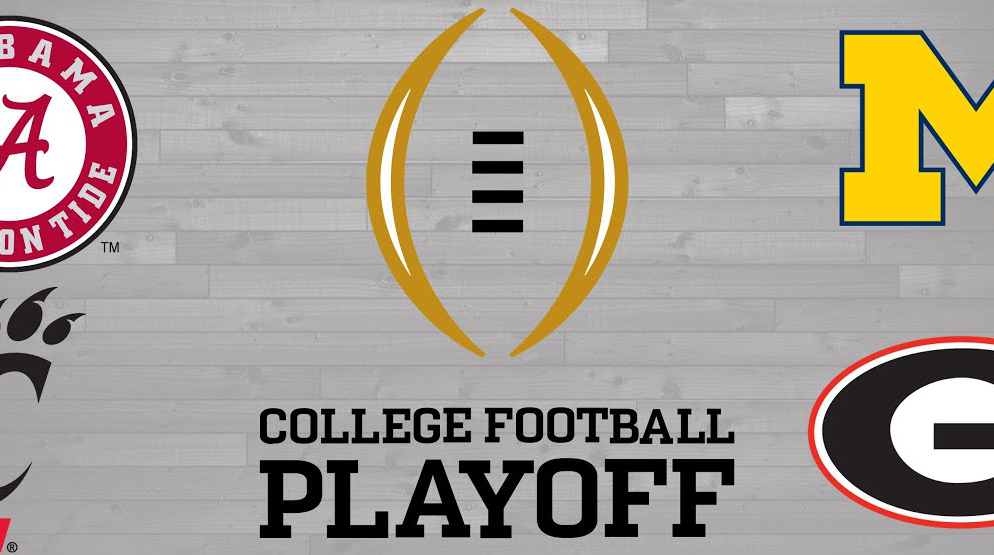 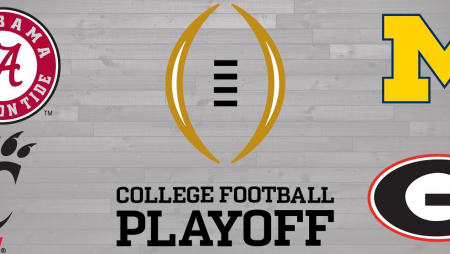 With only a couple of days left to get your betting ducks in a row, it’s time to look at how are things shaping up on the sportsbooks front for the College Football Playoff drama. This year the top four contenders will include a matchup between #1 Alabama and #4 Cincinnati at the Sun Bowl, while #2 Michigan will face off #3 Georgia at the Cotton Bowl.

Let’s begin with the Sun Bowl, since according to both bettors and sportsbooks, the game is nothing but a formality for the Crimson Tide. The presence of the Cincinnati Bearcats was nothing short of a surprise, in a year full of them already. But with hard work and unblemished 8-0 record, AAC’s Cincinnati found a spot among the top 4 and has the misfortune to face the #1 Alabama in the playoffs.

But the impossible dream stops with the betting odds, no surprise as we all know the cold pragmatism of the odds makers. Most sportsbooks have listed Alabama with favorite odds not seen in years, and the bettors agree with them wholeheartedly. For example, the popular online sportsbook Bookmaker has Alabama’s line at -472 right now, a payout so low, hardly anyone would even consider risking money on it. The Bearcats offer a nice payout with money line of +385, but not many takers are to be found.

With odds like those, no surprise that nearly all the action right now is on the point spread. According to reports from the bookmakers, more than 90% of their customers are taking Crimson Tide against the spread, which right now is sitting at -13 points on ‘Bama at Bookmaker. Two touchdown victory is not out of the question, with the memory of the 2015 playoff game against Michigan State and the 38 unanswered points still fresh in bettors’ minds. The online sportsbooks are vying for action and customers, so they may keep the -13 spread for a bit longer. Meanwhile most of the Vegas sportsbooks have already moved on to -14 and there is talk that will see -14.5 by the end of the day from some of them.

The betting numbers are a bit more conventional, for a college football playoff game, on the Cotton Bowl game, although not by much. Georgia and Michigan will face off in Arlington on Friday night, but the performance of the Wolverines against arch rival Ohio State hasn’t done more than ensure their entrance into the College Football Playoff, according to the bookies. The Bulldogs are sill a big favorite to secure a spot in the final game, most likely against Alabama, if the bettors are a good predictor.

The odds on the Georgia – Michigan game are also skewed enough that more than 80% of the bettors are taking the point spread. The money line at the Bovada Sportsbook has the Wolverines a +240 favorite, which means that the betting site will pay $240 for every $100 wagered, should Big Blue win. The Bulldogs are -290 favorite on the money line, with a couple of days left before the game starts.

With lines like those, the bettors are naturally choosing to gamble on the point spread. Georgia is -7.5 against the spread for the Cotton Bowl, yet more than 65% of the bettors are taking the +7.5 number on Michigan to cover. Keep in mind, however, that early indications point to some upcoming changes to the point spread. There is a real possibility that the spread will drop to -7 chalk Georgia, unless some big money comes in on the Bulldogs. So if you want to have Michigan at more than a touchdown +7.5, now may be the time to lock it in.

If course, even though the College Football Playoff games are on Friday, if history is any indicator, a lot of action will pour in at gameday, which could certainly affect the odds drastically. Maybe not so much on the Alabama – Cincinnati game, but certainly on the Georgia – Michigan game. And let’s not forget that Omicron is still a factor that will keep a lot of the bettors on the sidelines until all health information is available. As we have leaned over the past few weeks, nothing is really certain until the whistle blows.