Plan for Manhattan casino to include crypto and egames

What do flying cars, cryptocurrency trading and high stakes all have in common? The proposed Manhattan casino “Mirai” is the answer. 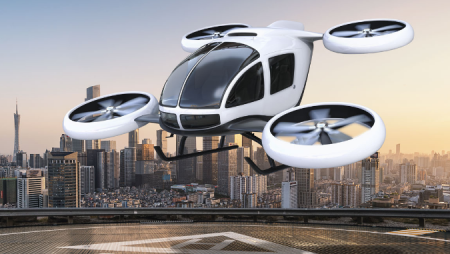 In one of the more bizarre proposals for casinos in New York, a project pitched by former Las Vegas Sands board member Jason Ader would include cryptocurrency trading and a pad for landing flying cars.

The asset manager is planning the bid in conjunction with Japanese Universal Entertainment. Nothing has been confirmed yet, but it is claimed that the new Manhattan casino will not be solely focused on gambling, at least not in a direct way. In addition to the casino portion of the development, it is said that the plans are to include a separate cryptocurrency trading floor, an esports arena, and an entertainment center.

The name of the proposed casino, Mirai, which means “future” in Japanese, is in line with the also-proposed special pad for flying cars.

Of the various futuristic parts of the proposal, the crypto floor might end up being the most controversial. With the current and future uncertainty of the regulation of crypto and its traders, the proposed trading floor could end up being the pebble that overturns the cart. While SEC chair Gary Gensler has likened cryptocurrencies to the casinos in the Wild West, actual regulatory oversight of both gambling and crypto trading by the same company may prove difficult.

And while Ader has set his sights on Manhattan, other nearby locations, such as Long Island, are not out of the equation.

According to reports, Ader plans to submit the proposal by the end of the week.